Bringing “cultural diplomacy” to the classics with Prof Wiebke Denecke 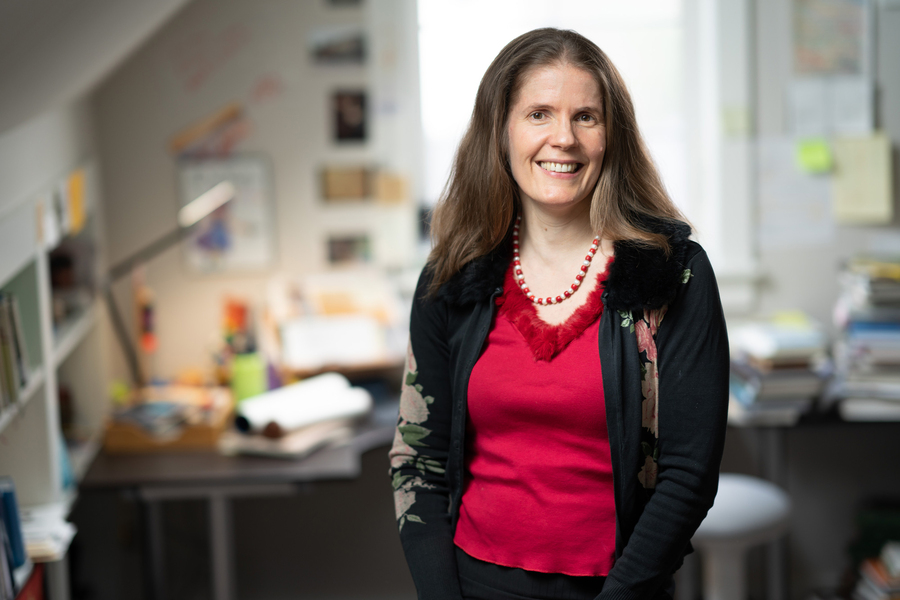 Wiebke Denecke, an expert in East Asian literature, wants to add to the international, interdisciplinary study of the humanities at MIT.

People often put national boundaries around the written word. If you read French poetry or Victorian novels, it is tempting to understand those texts strictly in relation to the history and culture of France or Britain. Yet it often helps to take a wider view about literary production.

Consider that for many centuries, Chinese provided a common language of literary elites in China, Japan, Korea, and Vietnam. Into the 19th century, writers across East Asia were producing their work specifically in classical Chinese, an ancient form of writing in which each character denotes a word, not a sound.

Then, with the global tide of modern nationalism, many of those older works became marginalized in the public sphere. But in recent years, that trend has begun changing, according to Wiebke Denecke, a professor in MIT’s literature program, and an expert on premodern East Asia. More scholars are again diving into older works written in classical Chinese.

“With the rehabilitation of literary Chinese, a whole field has emerged, a paradigm change in Japanese studies [among others] now,” says Denecke.

Certainly, if Denecke has anything to do with it, that paradigm change will continue. Her work analyzes these older periods of East Asian history — largely from 1200 B.C.E. to 1200 C.E. — and is highly comparative in nature. Denecke has published two books, many scholarly articles, edited numerous volumes, and has worked vigorously as an editor to anthologize the classical literature of East Asia, making it more readily accessible for many readers.

“In many ways, my mission is that I hope at some point, perhaps in my lifetime, when people hear, ‘Oh, that person is a classicist,’ they will not think of Homer or Ovid, but they might think of Confucius, they will think of the ‘Tale of Genji,’ the masterpiece of Japanese literature, or they might think of people like [Korean poet] Kim Si-seup,” Denecke says.

Denecke joined MIT full-time in 2021, having previously been on the faculty at Boston University and, before that, at Barnard College/Columbia University. She brings to the Institute scholarly projects that fit MIT’s global outlook, along with a clear goal of transmitting her international, historically minded perspective to the Institute’s students and the general public.

“I came to MIT because it’s such a distinctive place in terms of the humanities,” Denecke says.