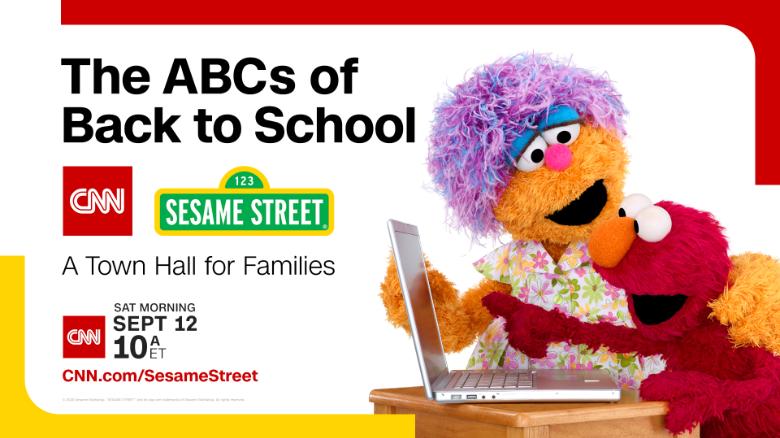 On April 25, 2020, CNN aired a coronavirus town hall, a one-hour TV special aimed at parents and children. The cable news network partnered with Sesame Street on the show, which was hosted by CNN’s Dr. Sanjay Gupta and Erica Hill and featured Muppets such as Elmo, Big Bird, and Grover. On June 13 they continued the experiment with their ABC’s of Covid-19 town hall. In between, on June 6, CNN partnered with Sesame Street again on “Coming Together: Standing up to Racism.”

I recently invited Professor Marah Gubar to join me in a conversation about the Covid-19 specials, with the racism episode providing some additional context. Professor Gubar is on MIT’s Literature faculty and is the author of Artful Dodgers: Reconceiving the Golden Age of Children’s Literature, which won the Children’s Literature Association Book Award. More recently she wrote Seen and Heard: Remembering Children’s Art and Activism.

This conversation has been edited for length. Click here for the longer version.
Hendershot: I thought we could open by explaining why we’re interested in these CNN–Sesame Street specials. I’ll start by saying that, first, I’m interested in the town halls as media events and, more specifically, as political media events. Children’s TV has never been an apolitical realm — lots of shows contain “pro-social” messaging about basic issues like how to be a good friend or valuing diversity.

But it’s obviously potentially more controversial to take on tough issues in a nonfiction context like the news. CNN was going out on a limb a little bit, and it could have backfired, but it didn’t. Second, I’m interested in the town halls because I started my career researching children’s media (especially network and cable TV), and I have an ongoing interest in the ways that adults imagine and construct an idealized child through their media creations.

Gubar: As someone who works in the interlinked fields of children’s literature and childhood studies, I’m interested in how adult ways of portraying and engaging with children have shifted over time and across cultures. So, I’m coming at it more from an interest in thinking about how Sesame Street and children’s television programs have changed over time. I think it’s really fascinating to compare the way Sesame Street functions today to what it was like in the 70’s when the show first emerged. Read more here…